In Africa, pro-democracy leaders are punished for playing by the rules

When considering obstacles to the consolidation of democracy in Africa, we tend to focus on the obvious — the legacy leaders who refuse to relinquish power, some holding on for 20 or 30 years. We look at politically orchestrated violence, the buying of votes, state manipulation of the electoral machinery, and the weakness of democratic institutions. 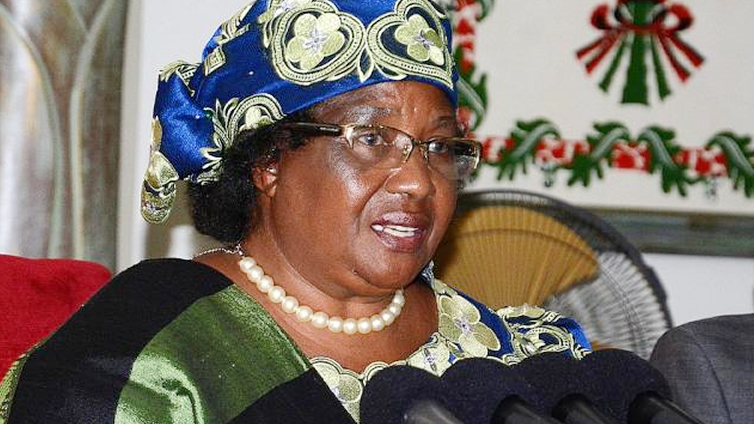 But an often overlooked impediment to the continent’s democratic emergence is the fate of leaders who do play by the rules, who do respect their constitutions, and take on corruption while in office. What happens to them?

The answer, unfortunately, is that some don’t fare very well, becoming political scapegoats or worse. Yes, leaders must be held accountable for their actions while in office, otherwise there is no deterrent. But when being a political opponent is criminalized, and the government becomes judge, jury and executioner, it’s time to weigh in.

This was the scenario last week for Joyce Banda, former president of the Southern African nation of Malawi, the first woman to be elected vice president on the African continent, who was notified by the Malawi Police Service that there was a warrant for her arrest for “alleged abuse of office and money laundering” when she served as president from 2012 to 2014.

“One of the greatest mistakes in my life was not appreciating that I needed to defend myself, my work, and my name. I have paid a heavy price,” Banda tells me in a recent interview.

Joyce Banda was an accidental president. In 2002, after more than two decades as a civil society leader, impacting 1.2 million girls and women through her work, and winning the Africa Prize for her “leadership and moral authority,” she decided to run for Parliament under the United Democratic Front (UDF).

“I needed to go to where the laws were made. I wanted to change those regulations that negatively impacted women and girls,” Banda explains.

Banda won her seat in 2004, and became minister of Women and Children, and thereafter, minister of Foreign Affairs. In 2009, she was asked by the Democratic Progress Party (DPP), and its standard bearer, President Bingu wa Mutharika, to be the vice presidential candidate.  Mutharika felt he needed to mobilize the female vote to win a second term, and he promised Banda that as his VP, she would be able to bring her work to scale across the country.

Banda accepted, hoping to empower the women and girls of Malawi, giving them a voice at the highest level.

From the beginning, Banda was sidelined and isolated. There was a failed attempt on her life on November 19, 2011. In the end, she was expelled from the DPP for refusing to support Peter Mutharika, the president’s younger brother, as the party’s future presidential candidate.

Then, on April 5, 2012, midway through his second term in office, President Bingu wa Mutharika, unexpectedly died. His death was initially kept secret from the public, and also from Banda.

His younger brother, Peter, intent on keeping the presidency in the family, called in a South African air ambulance to transport the “ailing” president for more acute care in Johannesburg. The EMTs arrived to carry their patient, only to find a stone-cold corpse attached to several bags of IV fluid.

The plot was revealed. Thereafter, the army commander, General Henry Odillo, pledged his support for a constitutional transfer of power. Banda took her rightful place as president of Malawi. Peter Mutharika, along with 11 others, was charged with treason. All of this was later laid out in the Malawi Commission of Inquiry.

For the two years she was president, Banda instituted economic reforms which enabled a rapprochement with Malawi’s international donors. She overturned repressive laws restricting individual rights, and began a crusade against corruption. She supported a British forensic audit when it was discovered that $250 million in taxpayer funds went missing in scandal known as “Cashgate.” More than 60 people, including government officials, civil servants and business leaders, were arrested and charged with various offenses. Banda was cleared of any wrongdoing.

In the presidential contest of the 2014 Tripartite Elections, Banda faced DPP standard bearer Peter Mutharika, now out of jail on bail, but with the treason charges still pending. He won the presidency in highly contested and disputed election. Banda initially challenged the results, supporting a recount call by the National Electoral Commission (NEC), but she then accepted defeat, and called for national unity.

Mutharika would go on to effectively seek revenge against Banda. In the years to come, she would be subject to an abusive slander campaign, and would be denied all rights of a former president, including a house, a car, a salary, staff and security.

Banda left Malawi in 2014, seeking refuge on the global stage while advocating for the rights of women and girls. In August 2016, she began a distinguished visiting fellowship at the Woodrow Wilson International Center for Scholars and the Center for Global Development.

And that brings us to the present. On July 31, Banda, in response to a public appeal from President Peter Mutharika for her to return to the country and “work together,” called the chief secretary to the president and informed him that she was planning to return to Malawi. It would be the first time since 2014. Perhaps her long ordeal would finally be over. However, just two hours later a press statement was issued by the police indicating that they had a warrant for her arrest.

Banda tells me, clearly shaken and saddened by the latest events, “My concern is for all those who come after me. We women, by definition, are Africa’s political outsiders,” explains Banda. “What does my treatment say to the young woman who wishes to enter African politics? Who will protect her? And who will stand up for democracy?”

Banda goes on, “And what about other leaders who have the courage to challenge the endemic corruption that is cheating the next generation of their future? Who will support them when they take on powerful institutional interests? The Western donors? The World Bank? The African Union? The U.S.?”

Dr. Deborah Harding, formerly with the Open Society Institute and a longtime advocate for human rights and democracy says, “How do we protect people like Banda, leaders who operate with integrity and respect the constitutional demands of political transition? Who will defend the next Joyce Banda? Can we expect the same treatment for President Ellen JohnsonSirleaf, a Nobel peace prize laureate, when she departs office in 2018?”

Riva Levinson is president and CEO of KRL International LLC, a D.C.-based consultancy that works in the world’s emerging markets, and author of "Choosing the Hero: My Improbable Journey and the Rise of Africa's First Woman President" (Kiwai Media, June 2016), Silver Medal winner Independent Book Publishers Award, Finalist, Foreword ReviewsINDIES ‘Book of the Year’ Awards. Follow her on Twitter @RivaLevinson.