On July 20, 1960 Sirimavo Bandaranaike gained global fame for Sri Lanka when she became the world’s first woman prime minister. It is said that the British press had to coin a new description, “Stateswoman” instead of the usual statement in recognition of the emerging gender dynamics when she assumed office. 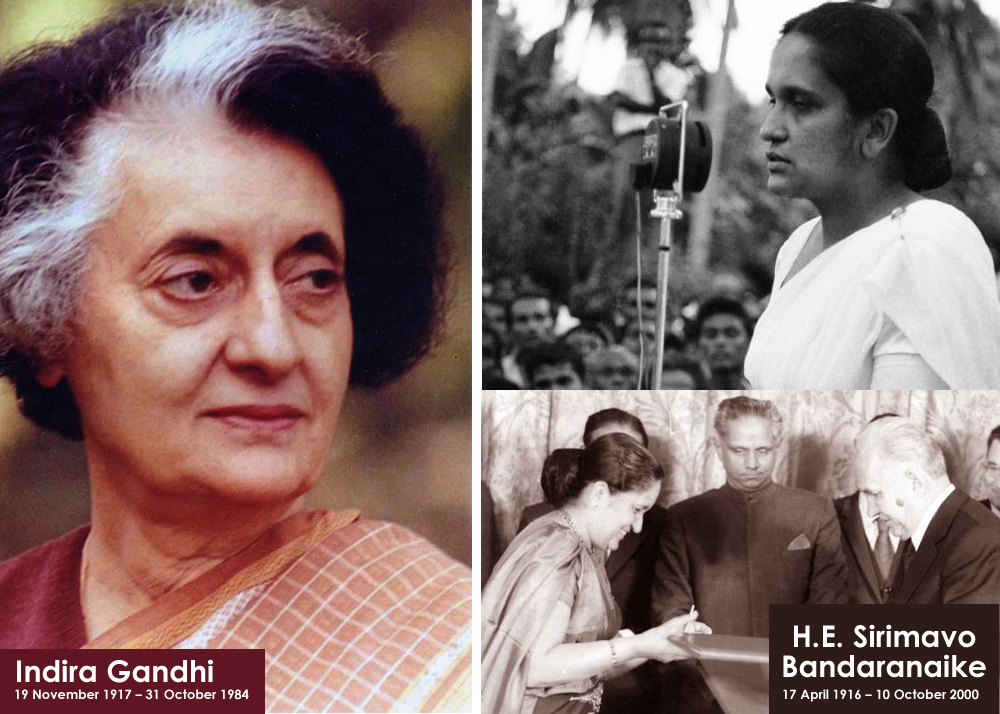 Years later, India was to follow in Sri Lanka’s footsteps when Indira Gandhi was elected India’s third prime minister and the first stateswoman to hold such a powerful post. All this happened at a time when gender equality was merely a euphemism and was hardly debated, as it is now.

The two astute women, against all odds, stamped their authority in the political arena when the majority of feminists were more preoccupied with more philosophical and emotional issues rather than focus on hard hitting issues like politics.

With a few outspoken feminists and gender activists to rally behind them, the two stateswomen made significant contributions in their time and can best be described as the doyens of modern political leadership even up to this day.

From the time of Bandaranaike and Gandhi, female leadership in politics has been on a pendulum, with the swings occupying the low position over the years.

And since 1988, Indonesia, Senegal, Bangladesh, Mali, Pakistan, Kosovo, Kyrgyzstan and Turkey have all at one point or another, been led by a female president or prime minister.

This remains a negligible figure considering that the globe is home to 196 countries, with women being the majority and yet occupying less influential political positions than men.

It is worrying that women represent only a minuscule number of all leaders despite their numerical significance. For instance women made up six percent of all national leaders in 2009, and while this figure did show some improvement, it only weighed in at around seven percent by 2014.

However, the development could soon change following the emergence of more women angling for leadership right across the world. Unlike 30 years back, when the glass ceiling was difficult to break owing to physical structures within governments and the existence of patriarchal attitudes and systems, barriers to women advancement are now more permeable.

With political systems, physical structures that had been in place in a lot of countries, Zimbabwe included, leadership had for a long time been a male preserve, despite the numerical significance of women in most countries.

While others may argue that it was actually women who had been voting men into power, the undeniable truth is that the structures had been in favour of men, what with even political campaigns brazenly encouraging women to vote for men.

However, that is set to change if the developments sweeping across the world are anything to go by.

The world is slowly moving towards gendered leadership, where women are getting much space and recognition to prove their worth and what remains is to convince the electorate on the importance of voting women into power.

The world soccer governing board, FIFA, showed the way recently when it elected a female secretary general, Senegalese Fatma Samba Diouff, affirming Sepp Blatter’s assertion that the future of soccer is feminine.

That decision by FIFA clearly illustrates the fact that women make great leaders and history has shown that. Save for a few cases, women have served and executed their duties diligently in their areas of duty, with the majority leaving their offices honourably.

Female leaders have qualities that are now being recognised as critical to the new leadership of the decade — empathy and collaboration.

Depending on which side of the fence one sits, both qualities are more admirable, in addition to vision, confidence and honesty. In a world reeling under the effects of corruption, women have been found to be less corrupt than men, and have always strived to serve diligently, something that existing leaderships need for countries to move forward.

Women have proved to be saleable brands in corporate organisations and surely they will indeed prove their worthy in political leadership as well, if given the necessary support structures.

Withthe world gravitating towards engendered leadership, Zimbabwean women should not continue to be victims of negative politics and power struggles, as was the case in the 2013 elections.

In the 2013 harmonised elections both the ruling Zanu PF and the main opposition party, MDC-T, fielded fewer female candidates in all the constituencies right across Zimbabwe.

The few that managed to win both primary and harmonized elections had bruising battles characterized by vote buying, intimidation, violence and in some instances sexual harassment.

Speaking in Parliament a few years back, Goromonzi West MP Cde Beata Nyamupinga chronicled the horror that some aspiring female parliamentarians went through at the hands of male colleagues as they battled to be elected into power.

Such attitudes should not be allowed to prevail, especially at a time when the world is endorsing female political leadership. Women cannot continue to be political ornaments, but should be given an opportunity to lead, for they have proved to be capable and even better leaders than men.

Sri Lanka and India benefitted from female leadership more than 60 years ago and they have no regrets.