The Executive Director of the African Youth and Women Empowerment Initiative (AYOWEI) Leelai M. Kpukuyou, has called on Liberian Women to show Love to one another. 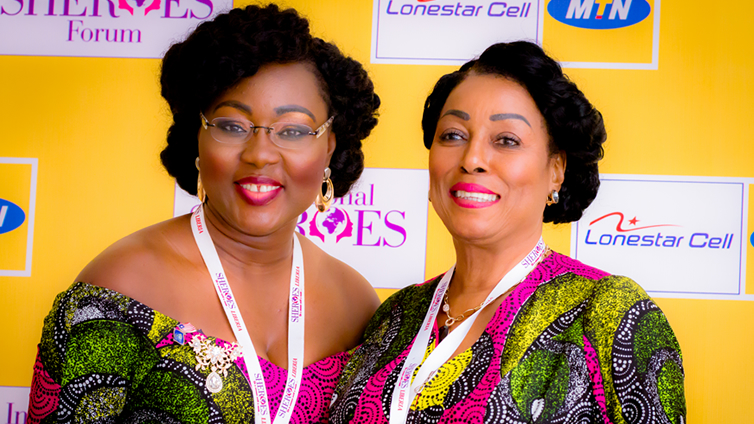 She said Liberian women should work together in order to move the country forward.

She also called on the Government of Liberia to empower women because they are very important in the development of the country.

She added the launch of the Sheroes forum in Liberia is a clear manifestation of how far women have gone in the society and where they are heading.

Madam Kpukuyou said the Launch of Sheroes Liberia is also  history-making for the Liberian nation.

She said women should no longer be seen as the weaker link in the Liberian nation and in other countries worldwide. Women should not be defined by their sexuality, posture and body, but on the basis of their excellence, intelligence, and what they bring to the table.

The program which is being held under the theme: “Advancing Women’s Participation in Leadership,” is being hosted by the Vice President of Liberia, Dr. Jewel Howard Taylor and Guest of Honor, former President of Malawi, Joyce Banda.

According to Vice President Jewel Howard Taylor, Liberia is hosting this year’s forum to encourage women to continue their great achievements in advancing to national leadership positions.

The international Sheroes Forum Liberia 2018 is a three-day event that began yesterday. It will be held from October 17-19, 2018.

The SHEROES Foundation is an international non-governmental organization that was established in Nigeria in 2013 to bring women together to discuss issues affecting them and how they can be able to move forward in leadership.

The Foundation aims to ensure that 50% of women are represented and involved in the social, political and governmental decision-making process that promotes the growth and development society.

Speaking to the INSIGHT Wednesday in an exclusive interview, the Co-Founder of SHEROES Foundation, Flossy Tachie-Menson, said women across Africa need to make their voices heard by getting more involved in leadership because they make up 50% of the African population. “If 50% of the population in Africa are women, why don’t we have female presidents or more women in leadership? We are looking for gender equality,” she noted.

Tachie-Menson said SHEROES strongly believes that women have leadership abilities and, as such, they must be given the chance to bring their ideas to the table.

The international forum brings women together to celebrate their achievements, and discuss the opportunities and challenges they face while trying to get into leadership.