Ghanaian networker Flossy Menson champions the cause of Africa's women. The SHEROES Foundation director is hosting the non-profit body's 2018 forum in Liberia.

She tells DW about her efforts to make women more visible. Ellen Johnson Sirleaf and Joyce Banda, the ex-presidents of Liberia and Malawi respectively, current first ladies, entrepreneurs and activists from across the continent have rubbed shoulders at the non-profit's latest forum in Monrovia on October 17 to 19.

Several of them, including Menson who founded SHEROES in 2012, took to the podium to share their personal stories and ideas for the advancement of women in Africa. 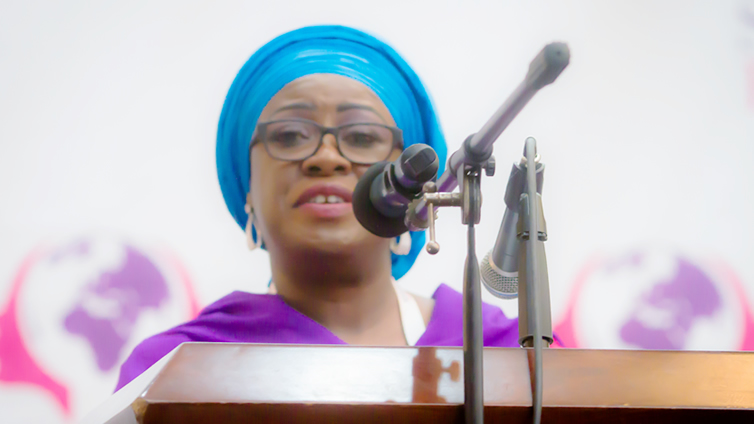 DW: How did the SHEROES Foundation come about?

Flossy Menson: I used to look at the (Forbes Most) Powerful 100 Women every year and I never saw an African Woman until 2006 or 2009. It was mostly American and British women. There was one African woman and I think her name was Luisa Diogo. I had never seen a Black woman (on the list) until I saw here at number 96. I was happy that she was there.

The women were there. Do you know that statistically there has been seven female presidents in Africa? Many people do not know that. So I wanted to do a little research about this powerful African woman. Incidentally, Luisa Diogo was the prime minister of Mozambique but I had never heard of her. What I realized was that we do have great women like this in Africa, but we don't talk about them.

If I am looking for great women, what better way than to have conferences where they can come and talk directly to the people. You meet them, you've heard about them or may see them in a book, but maybe far remote from you. When you come to a conference one gets to interact with them, so that's now we started.

Perhaps Africa's women presidents were not telling their stories?

Even if they told the stories, Madam Sirleaf is the only president always mentioned because she was democratically elected. Most of them came into the space like Dr Joyce Banda. When the president died, she became president. She wasn't elected.

That's the issue with women. If a man moves into that position as president, everybody hails him and if a woman gets there, everyone would say she was vice president. I think we were not telling our stories and we the women were not standing to support the women.

Tell us more about the SHEROES network and where it is visible.

We started out from Ghana, and we are visible in Nigeria and now we are launching a chapter here in Liberia. We are in Kenya, Zimbabwe, and Malawi. We have had our forums in different places and we've even had it in Durban. We just congregate with women. We have seven chapters, with Liberia now. In Cameroon were are just trying to set up.

What do you hope to achieve across Africa?

A network of women, a sisterhood in Africa because I think if (Liberian) Vice President Jewel Howard Taylor is doing well here, we should be able to bring girls from anywhere in Africa to come here to be able to see her. I love a picture that (Barack) Obama had in his office when he was a (US) president, which shows a little black boy who came to the White House and all he wanted was to touch the president's hair to see if it was like his own because he had never seen a person whose hair was like his in the White House.

I think sometimes we have to see them and if she's in Liberia, it doesn't mean that it doesn't touch a young girl in Ghana or in Nigeria. That means she looks like you, she talks like you and she can do great things; why can't you? We are here to support any woman who wants to throw her head into the rank of leadership. It's not just political or corporate. The more women we have, the more we rejoice. It's not that we want to keep the men out, but we want equal representation because we make up 50 per cent of the world's population.

The under-representation of women is still a huge challenge. What gains has SHEROES made in this regard?

That conversation needs to be taken to the higher ups. Slavery did not end in a day. You are going to keep having the conversation until people begin to feel comfortable and want to change it. The problem of Africa is everybody just wants that the man should be at the top. Do you know how difficult it is to go into Nigeria where the man is everything? Of course we are also having to deal the churches which say that the man is the head.

How do you change that mentality? That doesn't happen in a day, so let's keep having the conversation. Let's see what we can change in small ways to make our lives better. If we show up many times for young girls and they start seeing it, it may change in our lifetime. It is changing over time - many women are jumping into politics and owning their own businesses. Maybe we can see the benefits more in five years, but we have to keep talking. Some of the women we've supported are now in politics.

They were women we saw who had potential but did not know where to get support, so we came with support. I think we can account for 10 women in politics and 27 percent of women in parliament in Ghana. Most SHEROES chapters are now just starting.